Today, I gave the kids a quiz with a confusing typo in a chemical formula, insisted that all the equations could be balanced (multiple times), and then realized my mistake with five minutes left. So now I have to write them a retake. Because many of them spent like 15 minutes working on the typo problem. Because I told them it could be balanced. Whoops. Teachers make mistakes too, kids.

I also set off Hardwin's car alarm five times because of a dying battery in the remote. And almost cried. And I failed to make any decisions with regard to my own car, which is sitting in limbo in H's parking garage.

On the bright side, I made a pretty good black bean soup. So there's that.

I don't feel like I accomplished that much today.

But last night I made this layout, and I really like it. 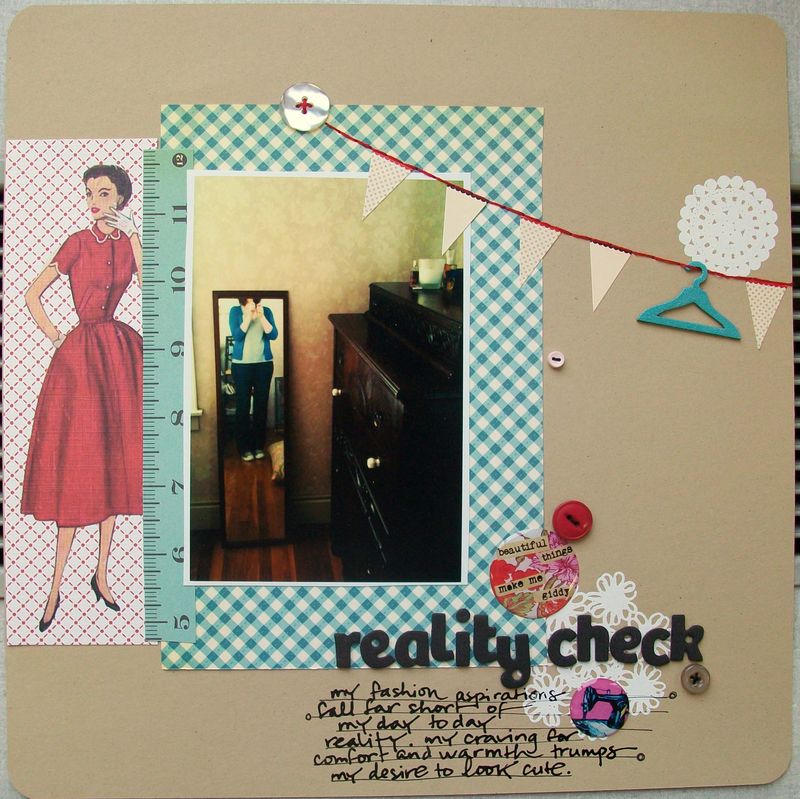 It's not all that common for me to really like a layout I've done. Most of them I just tolerate. For example, of yesterday's, I only really like one. But this one I like. I really love those Jenni Bowlin banner stickers and the Hambly doilies and the tiny clothes hanger. Good stuff in that March kit. There are still some left!

And now I need to wash black bean soup off of my soup pot.

I can't believe it's already March.

March is a slog, though, when you're a teacher. It's long and there are no breaks and it's not really warm yet. But at least it becomes reasonable to hope for good weather. Spring officially starts in less than 20 days. That must be a good thing, right? I'm very sick of winter.

I'm cheering myself up by thinking about how pretty CD's April kit will be. I'm planning out some projects for our spring crop - I'm really looking forward to it. I'm also still working with the March kit, which is a great one. The gallery went live a couple days back and it's sooo pretty. Here are mine... 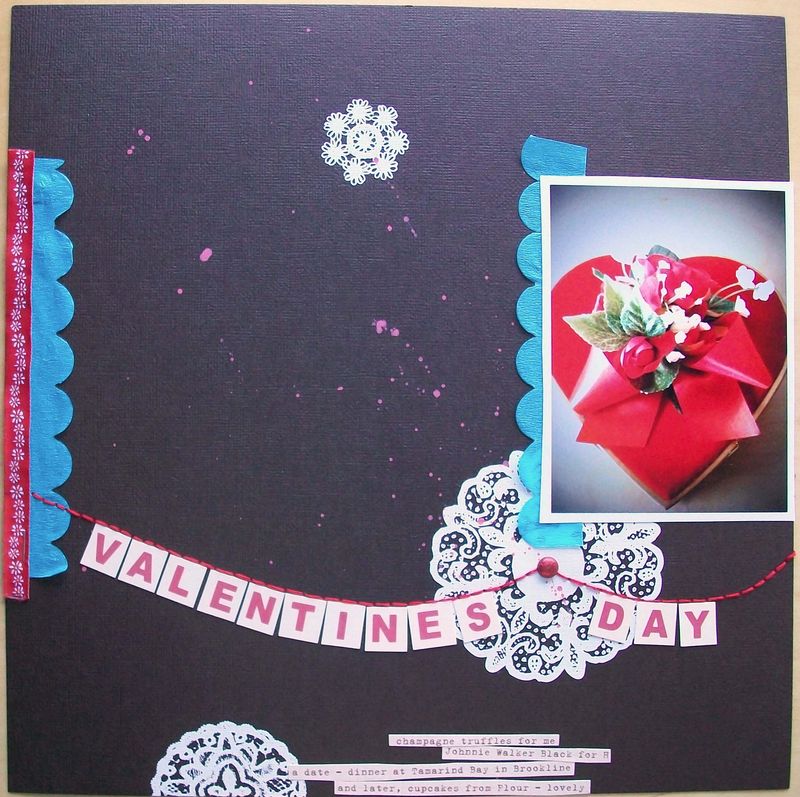 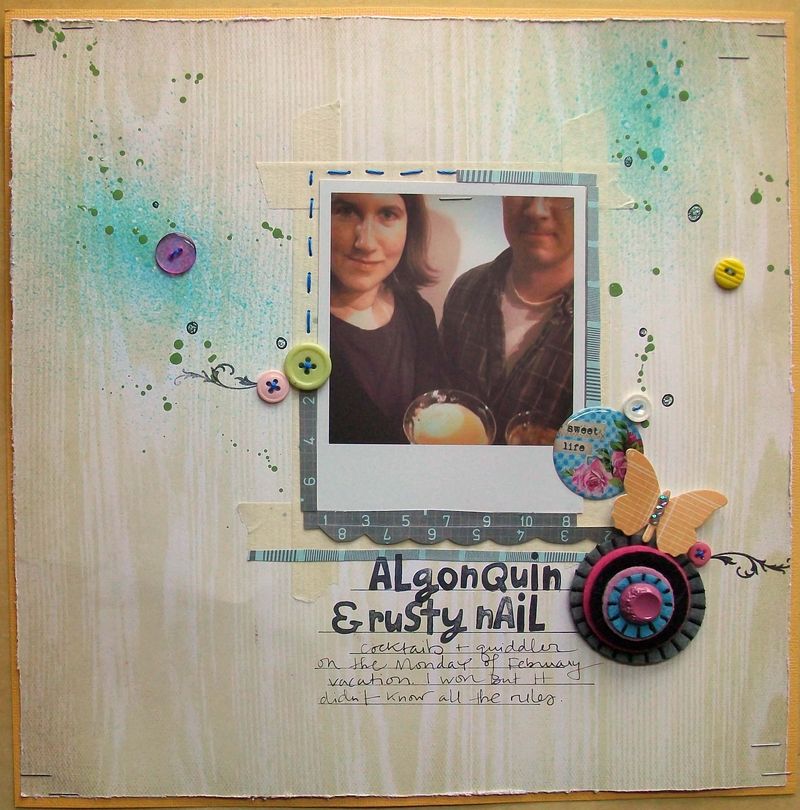 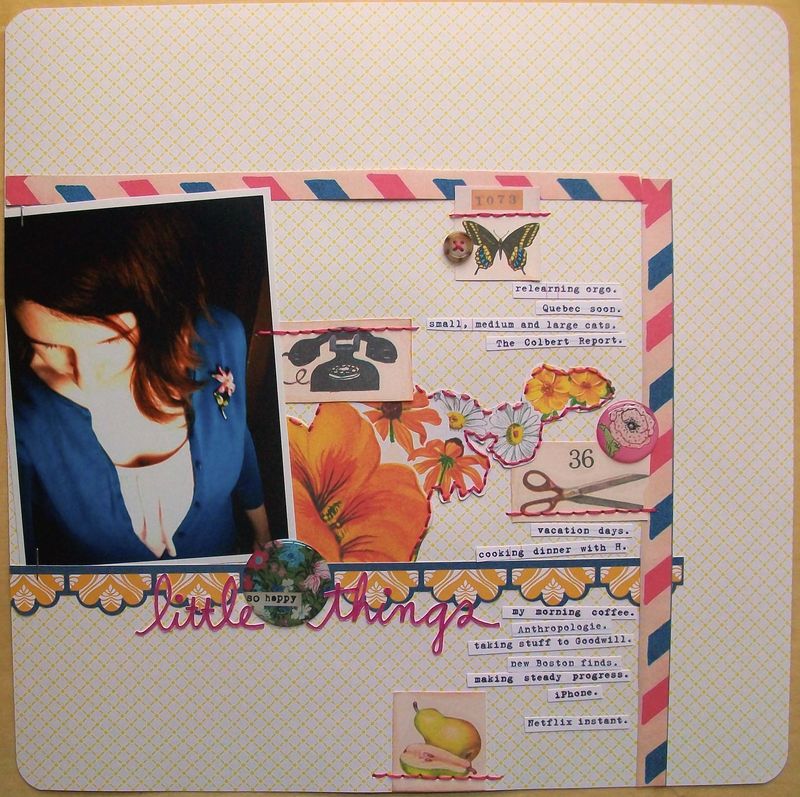 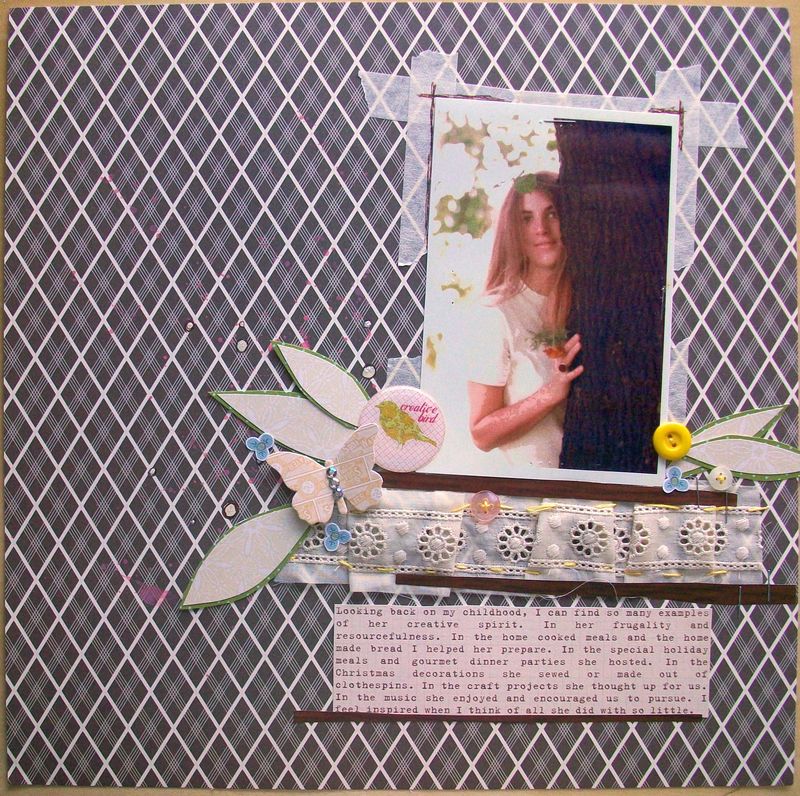 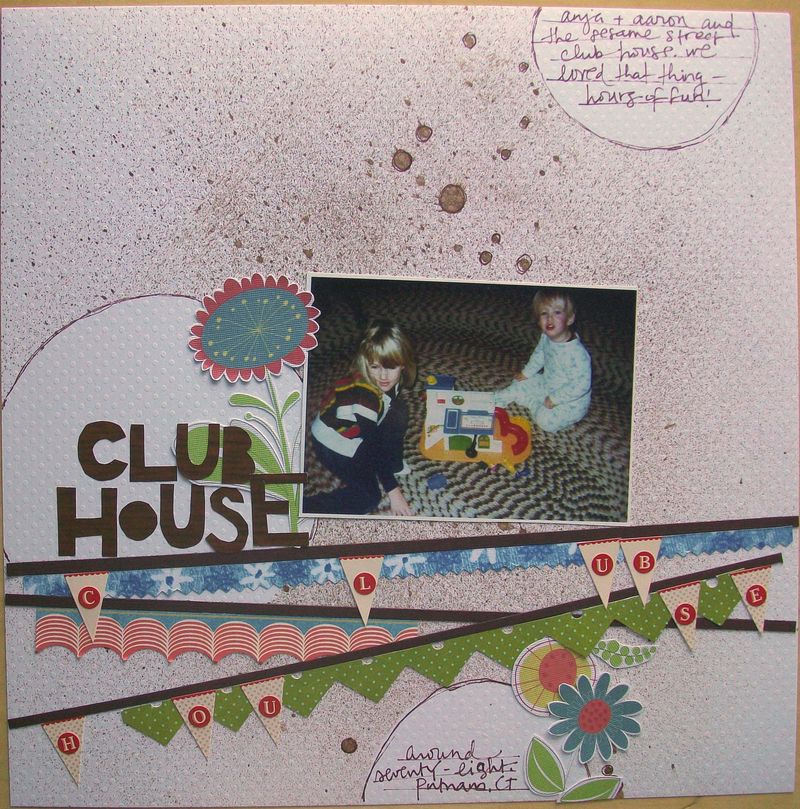 Lots of really fun stuff in this kit - and it's on sale now over at the site. I did another layout with it tonight and I should be posting it tomorrow.

In other news, my car sounds terrible. So terrible, in fact, that I didn't feel safe taking it to work today. So it's stranded in Boston and I have H's car until the weekend. This might be it for the old Alero. One of my projects for the week will be to decide how much money I'm willing to spend to fix it.

Anyway, off to shower and then to bed.  Goodnight.