It's been an interesting week, though it may be hard to tell from this week's pages. 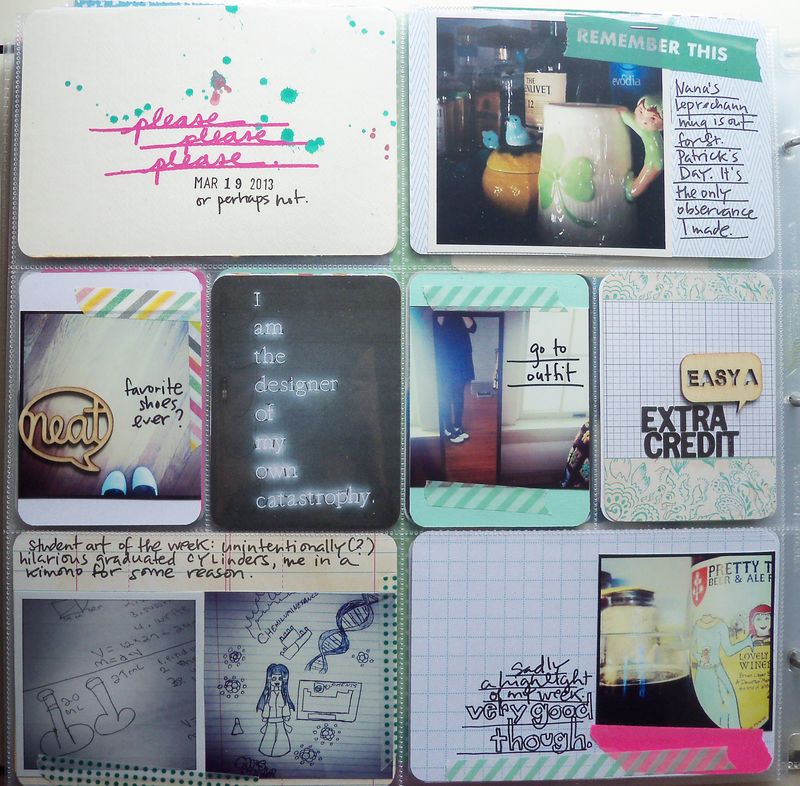 I need to work on taking more pictures of people. I always forget about that. 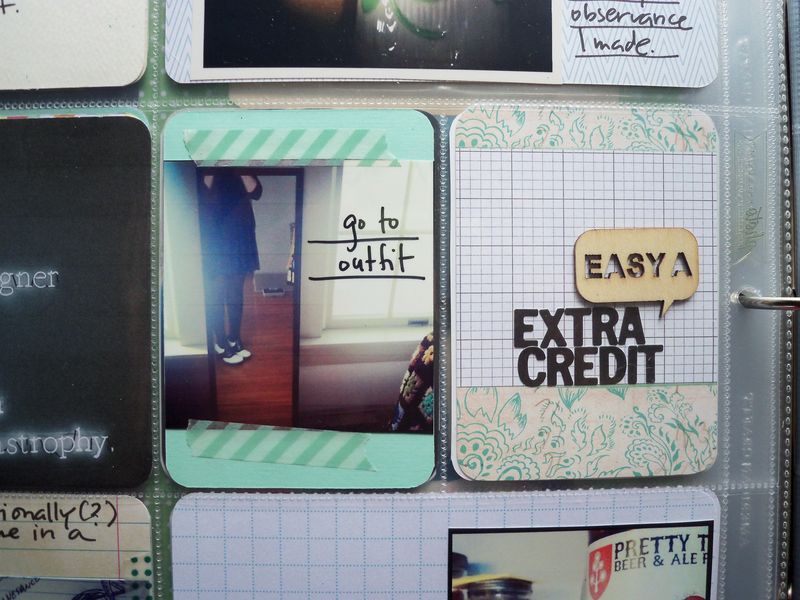 I did take a quick picture of an outfit I've worn about 20 times this year so far, though. Black tights and saddle shoes are my jam. 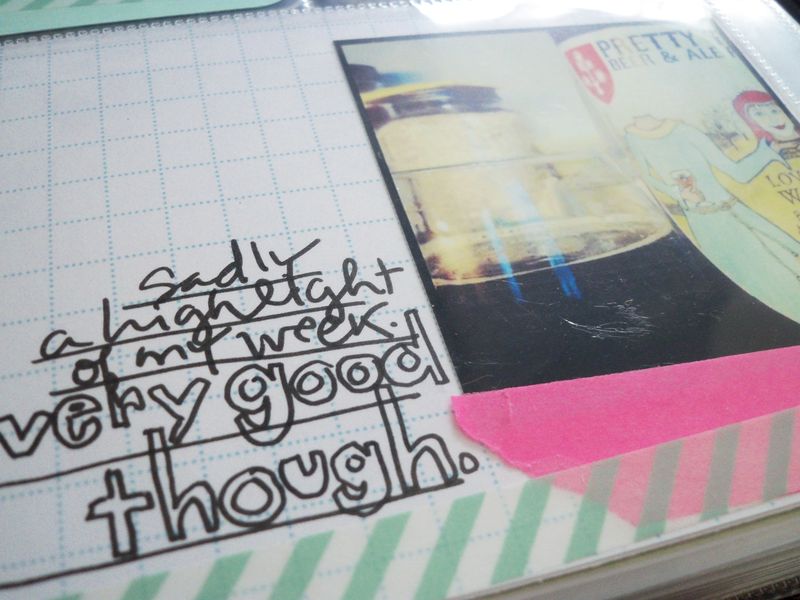 It's actually been kind of a crappy week, but I'm trying to focus on the good things, like this delicious beer I drank with dinner on Thursday night. 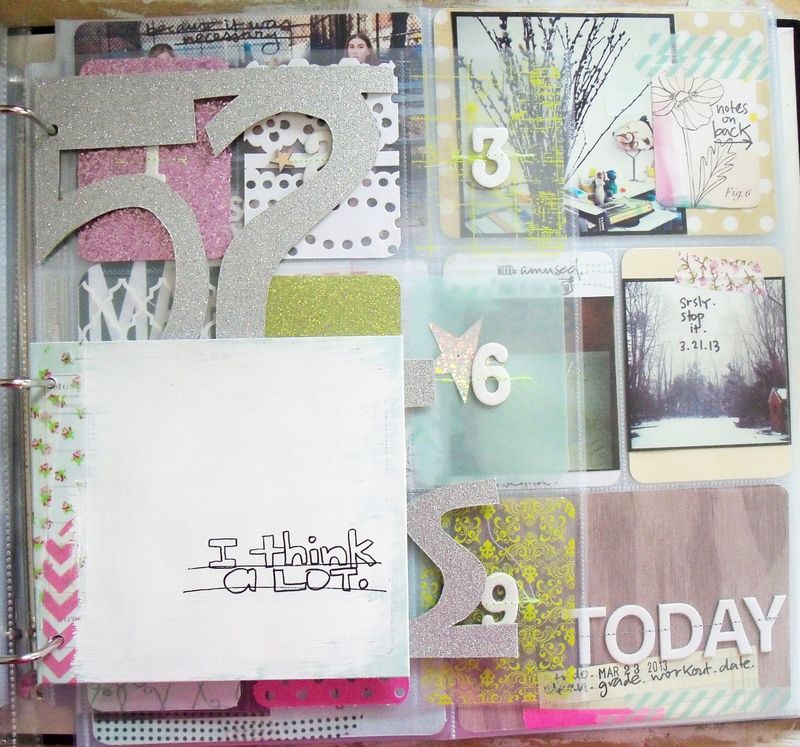 There's a whole lot of crap going on here, so I'll try to break it down by layer. First, there's this pocket. It holds some thoughts I wrote down. I realize 90% of my journaling in this album is hidden. Sometimes it's for aesthetic reasons, but usually it's because I'm kind of private about things that I think. 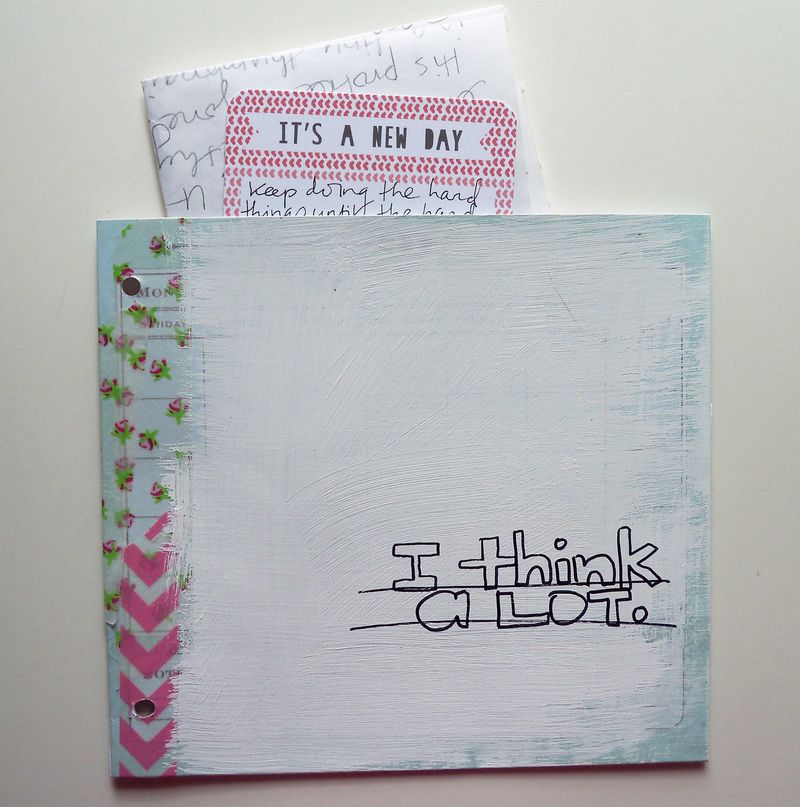 Then there's a title I hand-cut out of glittery cardstock. I decided to try to participate in Moorea Seal's 52 Lists project. I love lists, so it's right up my alley. I already have an entire art journal called Lists, so why not? I decided to put the lists in 9 pocket trading card page protectors throughout my albums. This one will hold the first nine. I need to catch up. I've only done one so far. 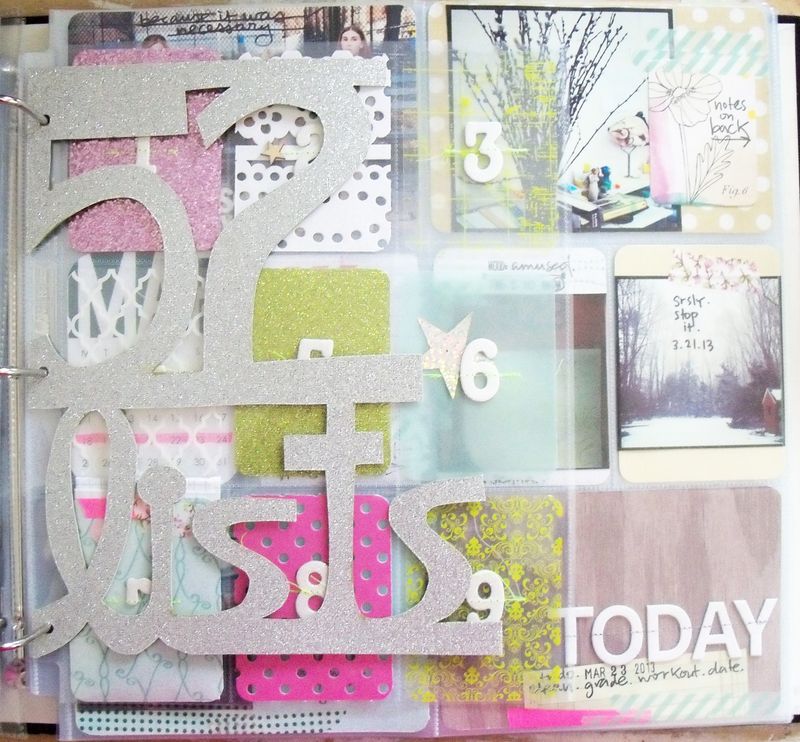 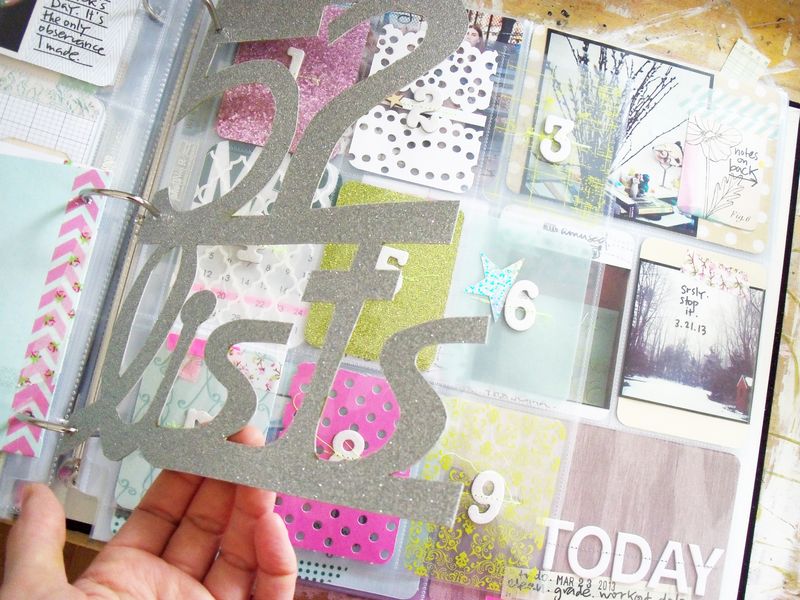 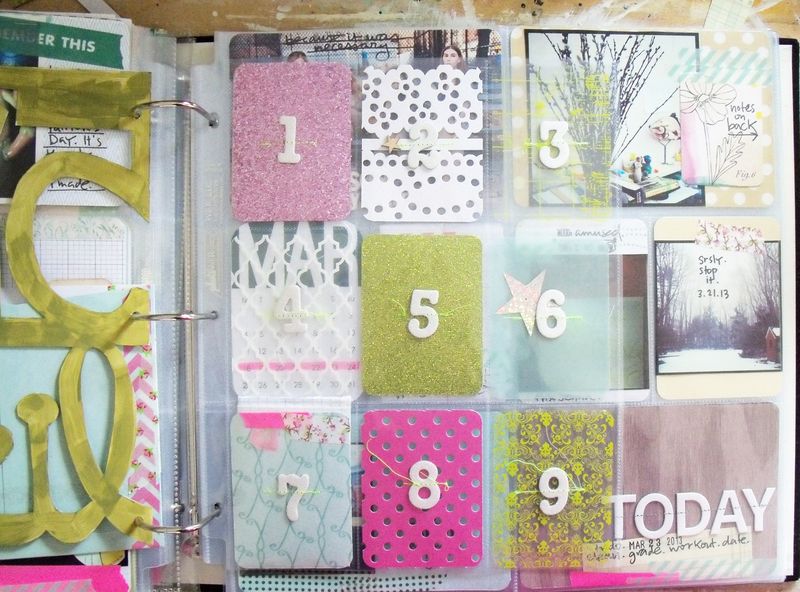 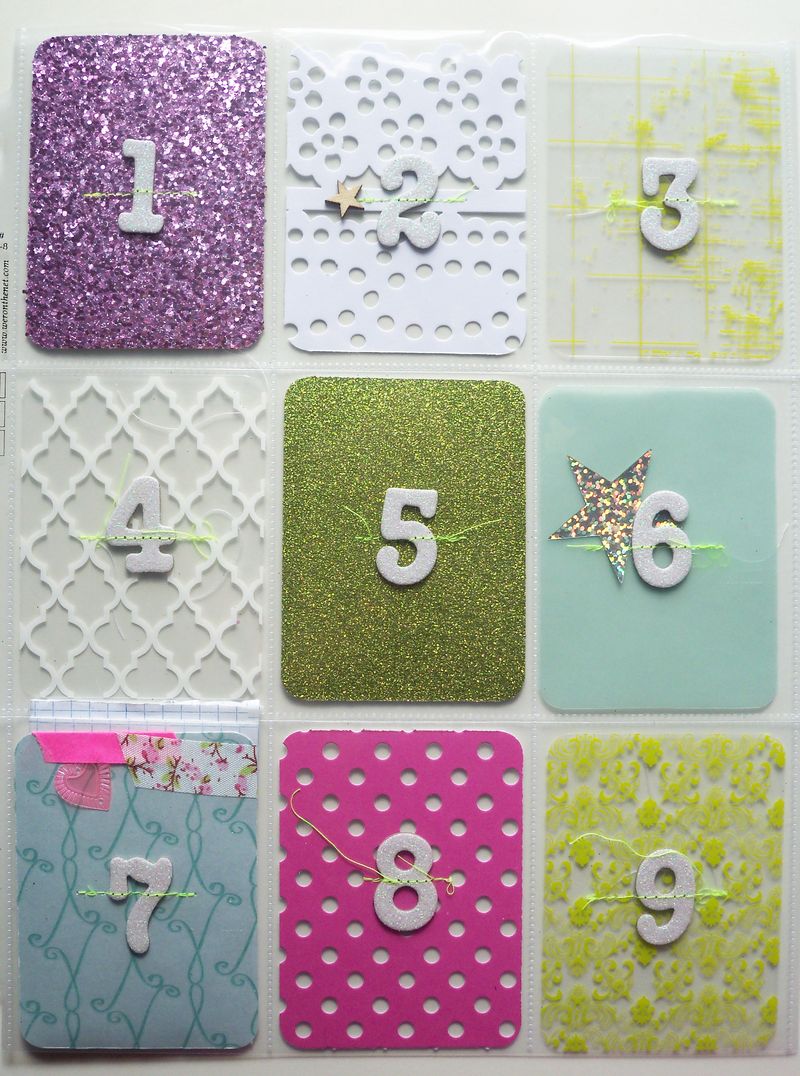 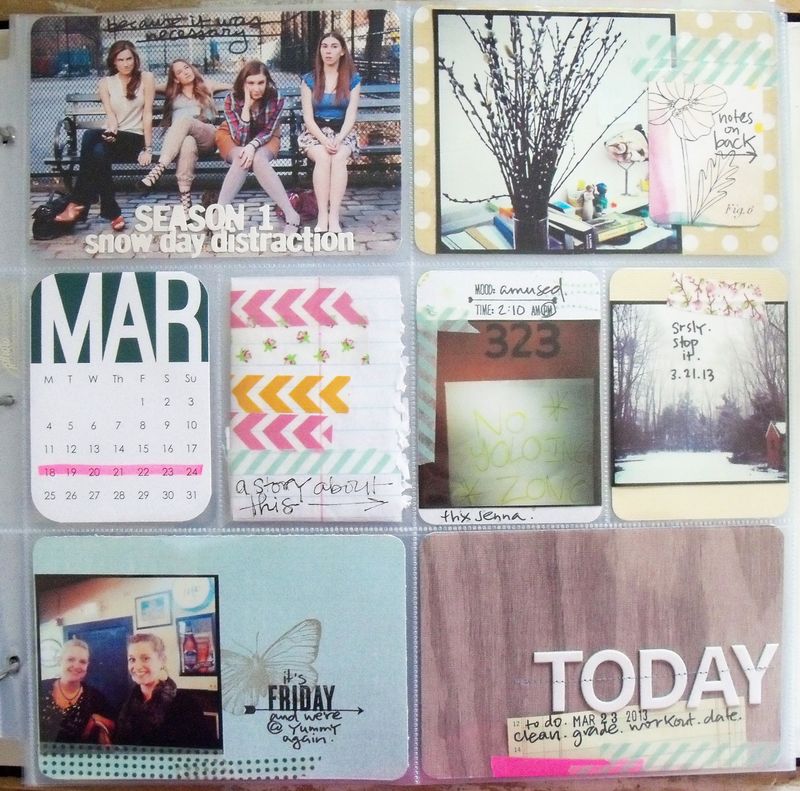 And finally, the second half of this week. We had our sixth snow day of the year on Tuesday. I bought the entire first season of Girls on Amazon and watched all of it. Obsessed.

Thanks for checking out my pages!

Have a great weekend!