good times for a change

I was cleaning out a closet and I found a bunch of random, oddly cropped pictures from college. I think I had scrapped them a long time ago, around 1999 or so, probably with paper pads from Hot Off the Press or some shit. Anyway, the layouts were obviously hideous, so at some point a little later, I ripped them up and meant to re-do them but never did. And now I'm mostly scrapping with pocket pages, so I figured I'd try getting them into albums using pocket pages. I've decided that pocket pages are very useful for scrapping a not-exactly-chronological jumble of discrete memories and events. 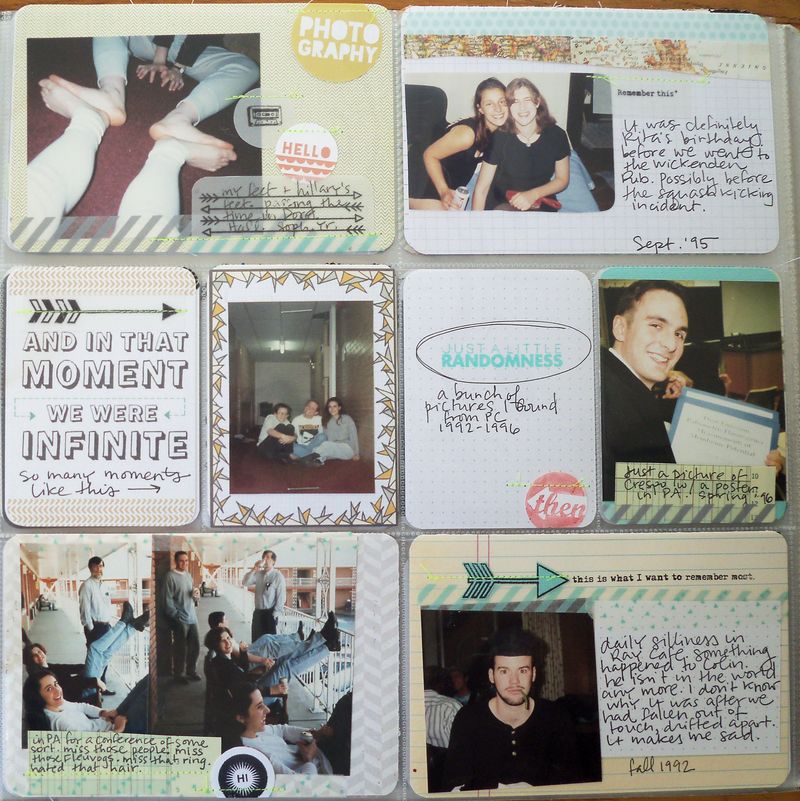 These pictures are from freshman, sophomore, and senior years. Doesn't even matter. 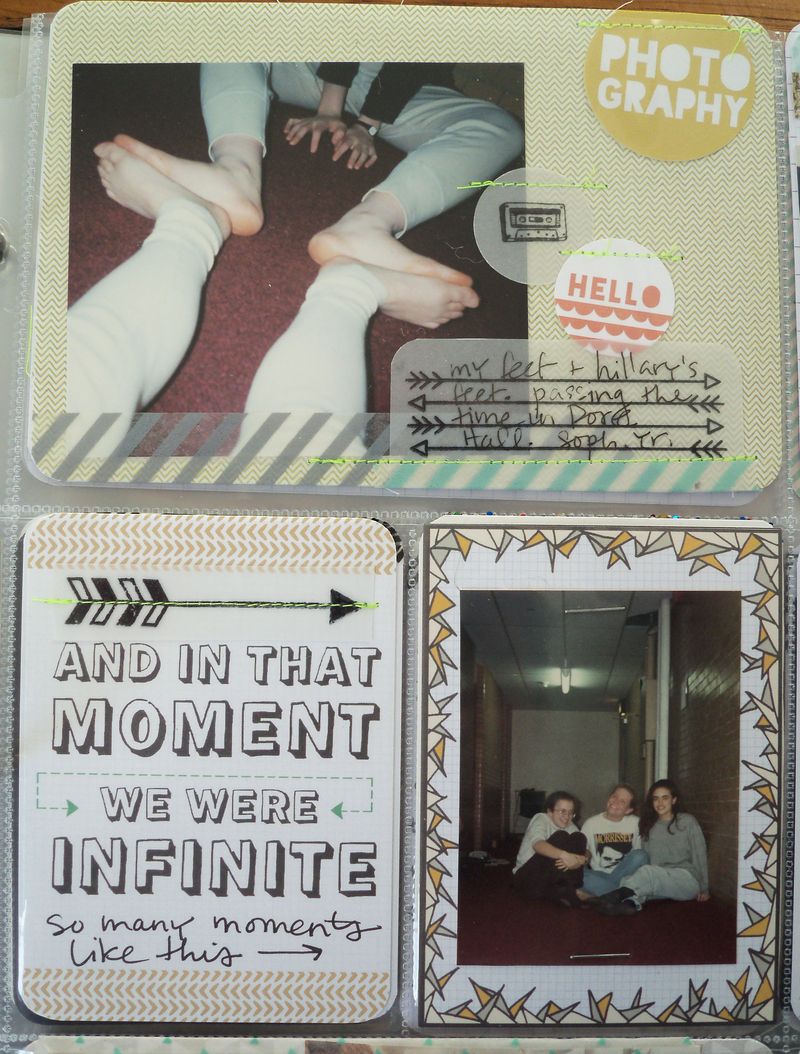 I used some cards from Studio Calico PL kits, downloaded printables, various washi tapes, and other stuff from my stash. 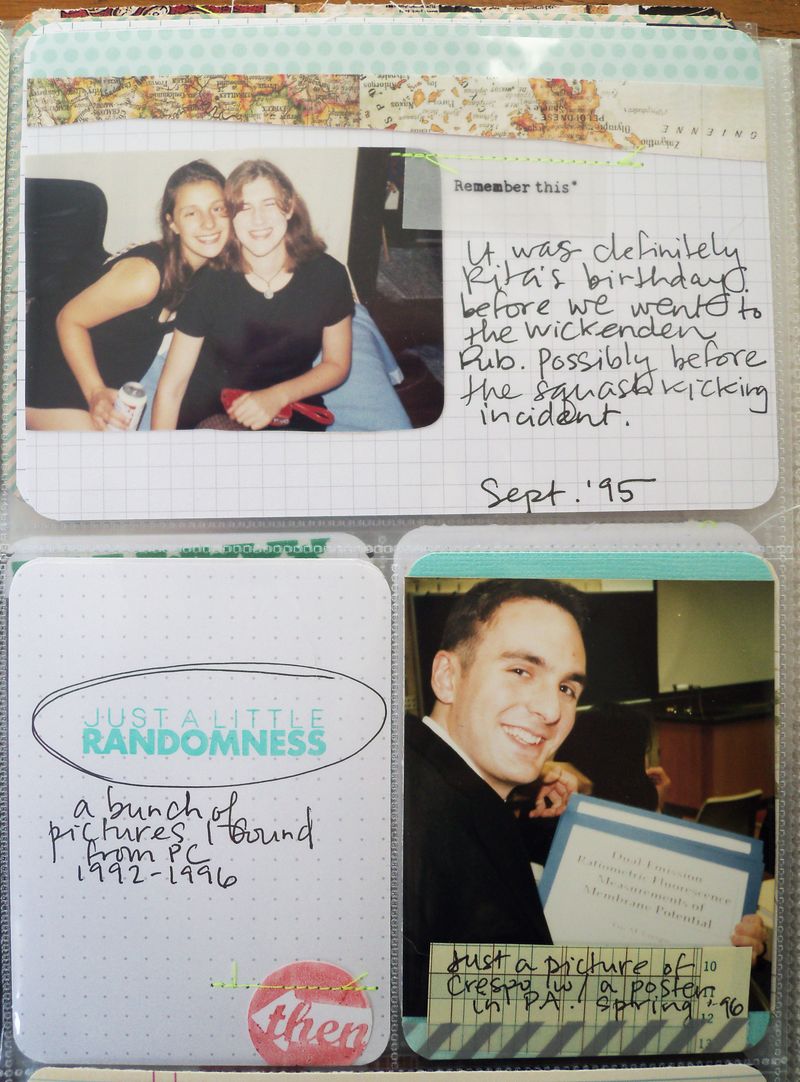 I've been stitching everythig down lately with that fluorescent yellow thread. I love it. Not sure what I'm going to do when that spool is gone. 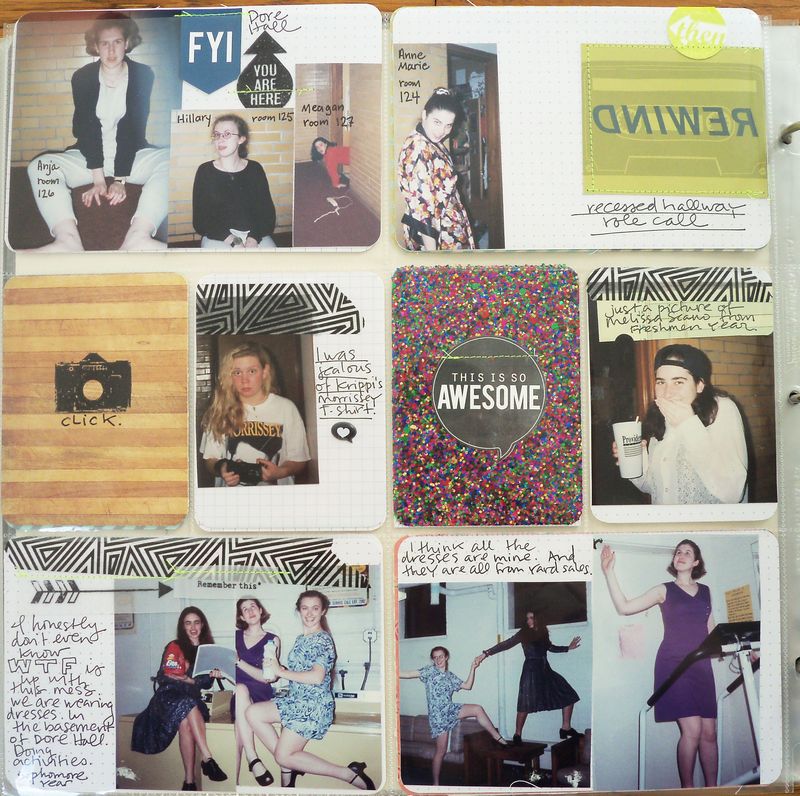 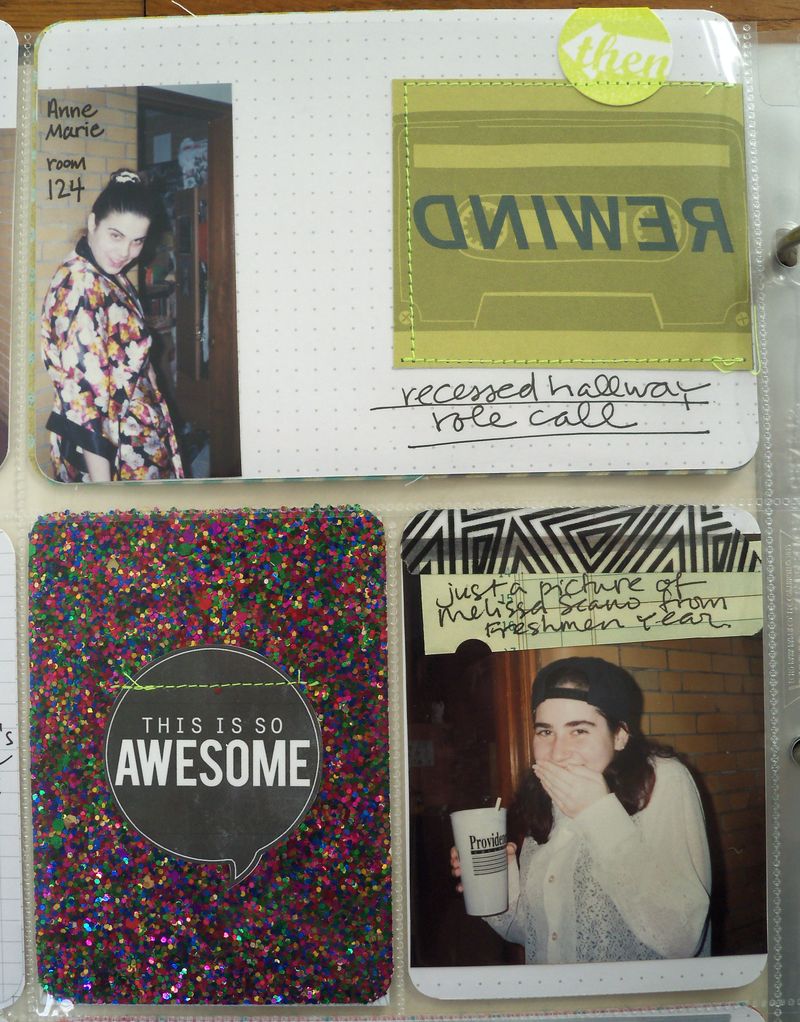 The quote card is an image I got on Pinterest. Again, I'm not really sure if that's allowed. I'm not going to sell it or anything. I just wanted it in my album. For the record, I'd probably pay for it if it were available in tiny card form and I knew where to buy it. 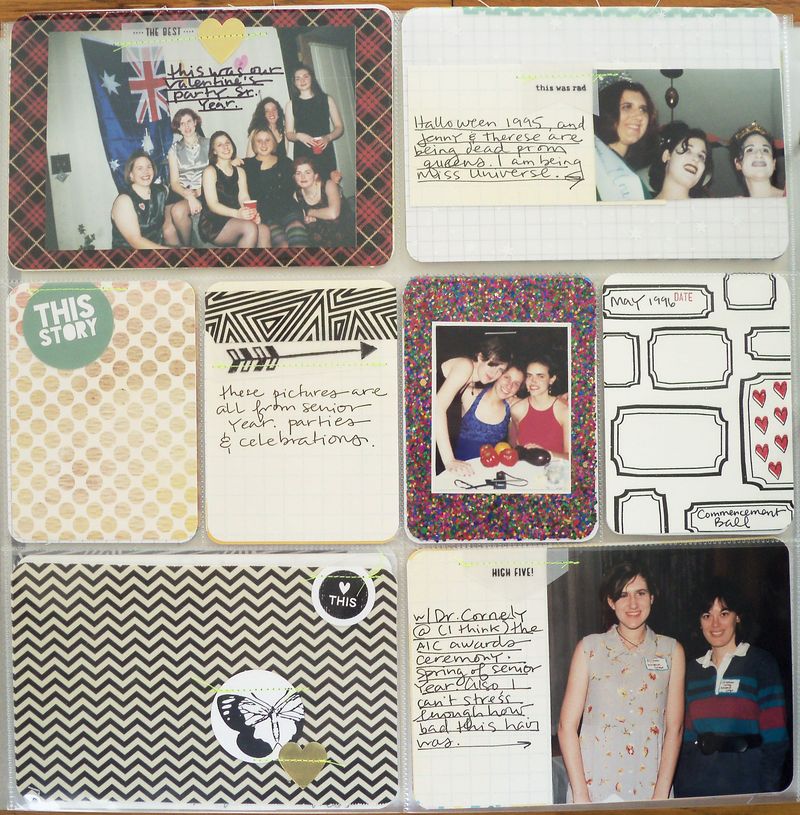 The overarching theme I'm getting from all these pictures is that I was very bad at choosing flattering hairstyles back then. I'm glad those pictures aren't clumped together, partially stuck to each other, in a box, anymore. I had fun getting them put into albums in this format.

Thanks for stopping by.

Posted at 12:00 PM in Scrapbooking | Permalink

Thanks for making my 90s scrapbook pages for me!
Oh wait...that only LOOKS just like my life then...
I still have my pages to do! 0_0

Seriously, I liked the same music, had the same look, everything. It's weird. It was such a moment in time, and now no one seems to remember. Good on you for thee layouts, they look awesome and capture the feeling.