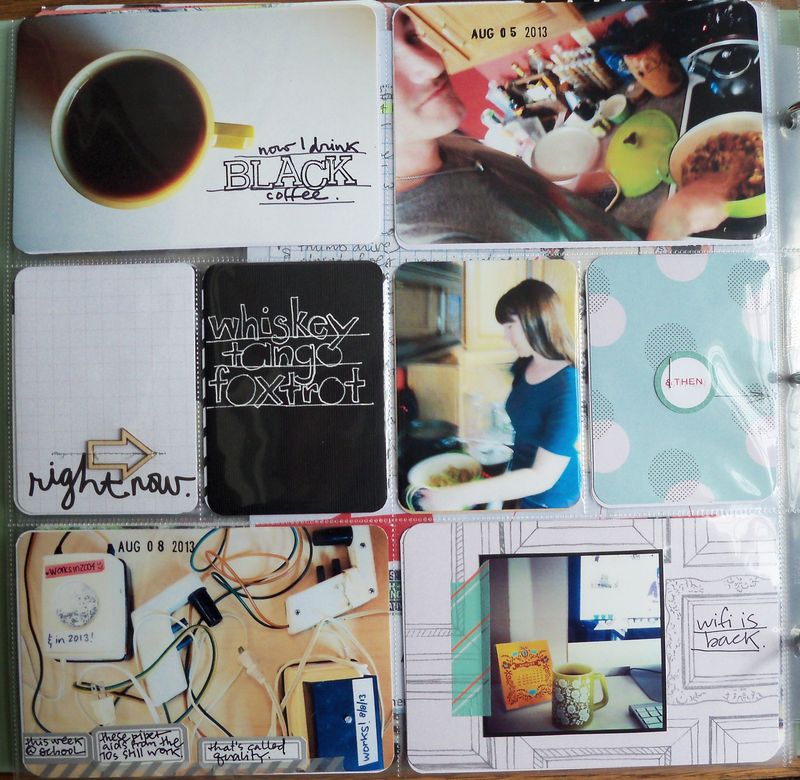 Hey again. Continuing with my Project Life pages from 2013 with August today. August technically started during nerd camp. I don't necessarily do a layout every week. Sometimes I combine a couple weeks into one layout if there isn't much beyond the routine going on. So for August, I think that's what happened. 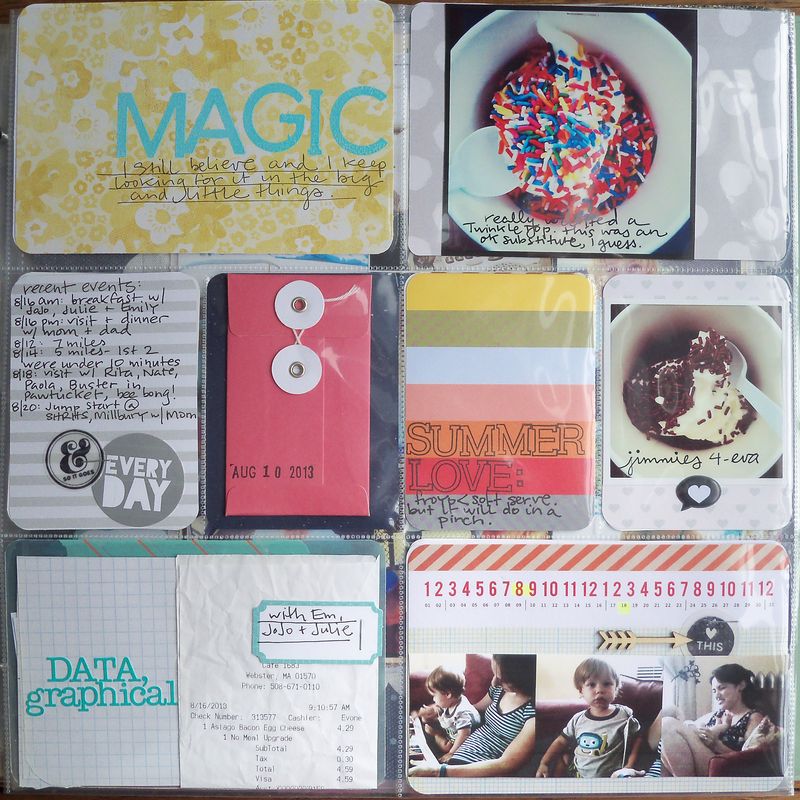 I'm still hiding a fair amount of my journaling in pockets, too. For one thing, pockets are cute. And if people flip through my books (or I post my pages on the internet, as I am wont to do), there are some thoughts I like to keep to myself. They're like mini-journal entries.

My albums, since I've started using the Project Life format, are pretty much completely integrated, except for the occasional mini-album. I used to have separate albums (filled with 12x12 layouts) for family, friends, and personal pages. That's a lot of albums to store and keep track of. Now I just work on one album at a time, and everything (family stuff, friend stuff, personal stuff) goes into it, mainly in pocket pages. 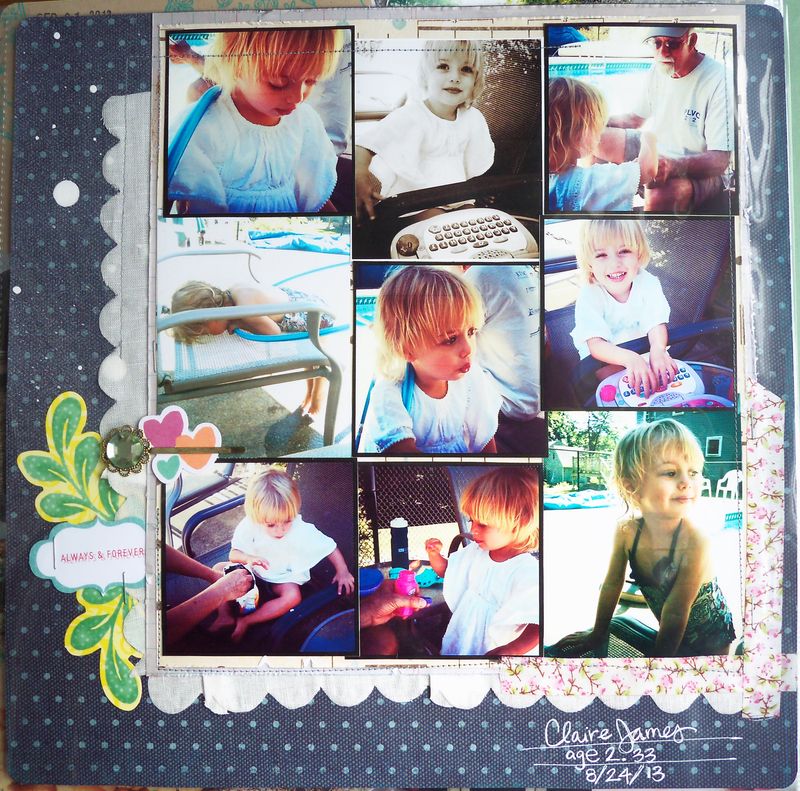 In 2013, I think I did a grand total of four 12x12 layouts. Those layouts get thrown into the same album as the Project Life layouts. I used to scrap exclusively in 12x12. It's been a pretty drastic change, but one that I needed to make, and one that I've enjoyed. Anyway, the above is one of the 12x12's I did this year. 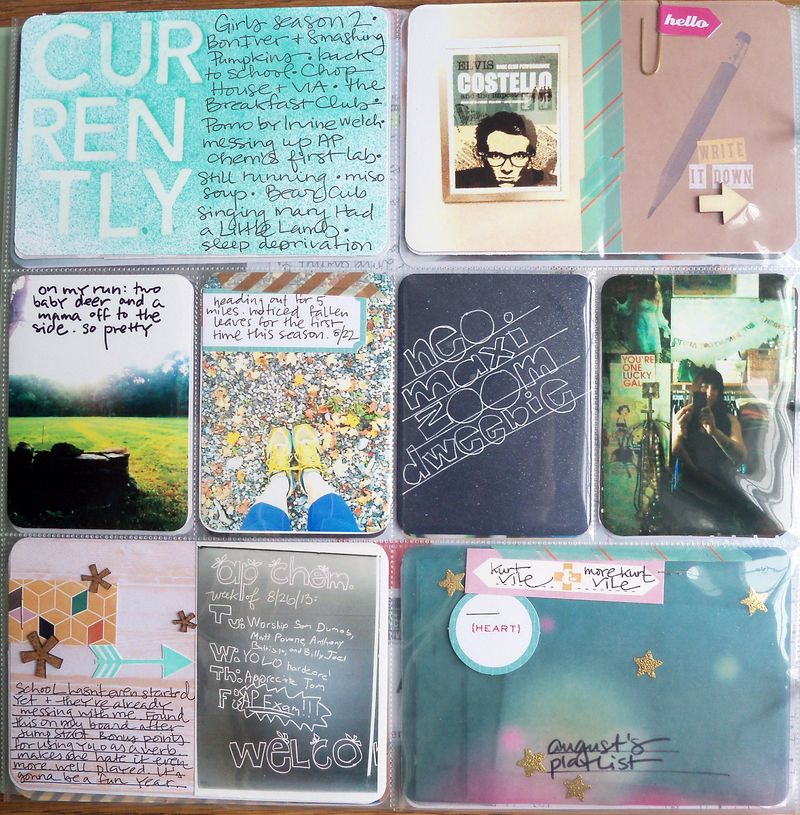 I've started incorporated my playlists in my albums. I use Spotify, and start a new playlist at the beginning of each month. Then I add to it over the course of the month. I like being able to go back and see what I was listening to at a certain moment in time. Music has always had the power to bring me back to times and places from the past. I also have a penchant for sad bastard music. Sometimes my musical nostalgia borders on the maudlin, really. Anyway, I think 2013 was the year of Kurt Vile.

See you tomorrow with September.

Posted at 08:30 AM in project life, Scrapbooking | Permalink